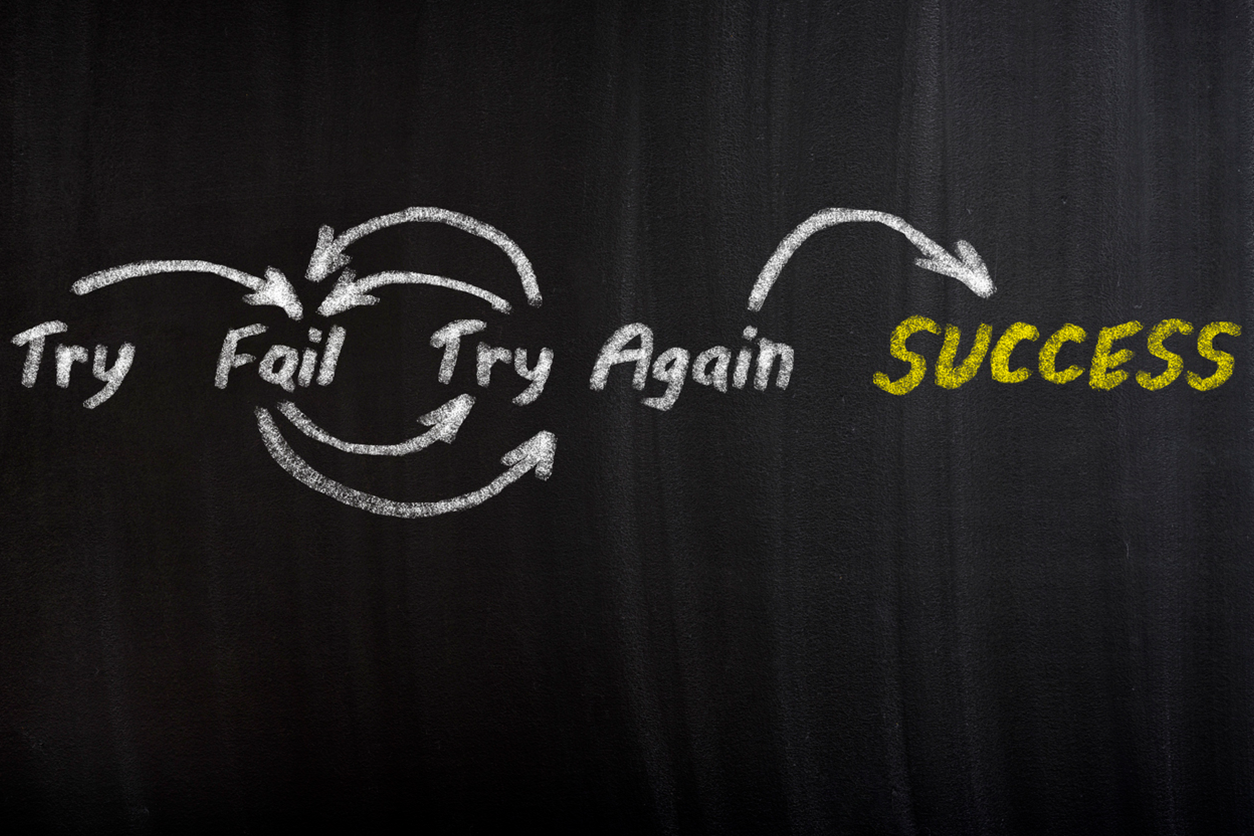 Traditional Teaching vs. Learning Through Failure: Which Works Best?

The concept of 21st-century learning has revolutionized the tools and methods we use to teach in the classroom. STEAM (science, technology, engineering, the arts and mathematics) has become a new way of teaching our students, and with the soft skills it provides our students, like creativity, critical thinking and problem-solving, our learners are becoming supercharged for the future workforce. However, this also means that educators have been challenged to reconsider how they teach to make sure students are exposed to these skills.

These new approaches to teaching continue to provide new ways of helping students remain engaged, motivated, and curious. Learning through failure is another method that has recently been recognized as beneficial, especially in the realm of computer science and STEAM-related subjects. We often hear and read stories of some of the greatest innovators who failed their way to the top, yet for centuries we have failed to allow students the space to do the exact same without categorizing them as low-performing. Learning should be meaningful and applicable to real-world experiences.

In this week’s blog, we’re going to weigh in on more traditional forms of teaching versus learning through failure and which of the two may work best.

The Behaviorism Approach: Keeping With Tradition

Most of us who attended school may be familiar with the Behaviorism Approach. It is the most traditional style of teaching and speaks to the process of direct instruction and lectures given by the teachers.

- Lecture -This teaching style takes place when the teacher conveys content while the students take notes. In some cases, lessons can be delivered to whole year groups or to targeted groups of students. However, this method may be hard to apply in a primary school setting as younger students may find it hard to stay focussed and keep up with the teachers’ pace.

- Modeling and Live Modeling - This method occurs when a teacher demonstrates what they expect the student’s project should look like. When live modeling, the teacher may also demonstrate the ‘appropriate’ thinking process and strategies to guide the students further.

- Drilling - This method of instruction carried out systematic repetition. In the classroom, it promotes learning through systematic training by repeating, rehearsing, practicing, and engaging in order to learn or become proficient.

Though sometimes effective, the Behaviorism Approach can be flawed in several ways. For instance, it does not account for all kinds of learning, as it disregards the activities of the mind due to the fact that it is led by the teacher. This approach also does not explain or cater to different styles of learning, such as the recognition of new language patterns by young children.

A common complement to the behaviorism approach is standardized testing in the United States. The origins of standardized testing can be linked back to the Army Alpha and Beta Tests, which was initiated during World War I in order to categorize soldiers by their mental abilities. This later became the schema for identifying students’ academic prowess in the classroom i.e students with higher test scores would be categorized as well-performing or high achieving whereas students with lower test scores could be classed as low performing or mentally challenged).

Again, this has proven to be problematic where different learning styles are concerned. A study conducted by the National Research Council concluded that the emphasis on standardized testing gave limited space for learning progress and perpetuated negative effects such as: narrowing the curriculum, teaching to the test, pushing students out of school, driving teachers out of the profession, and undermining student engagement and school climate.

Another negative effect of standardized testing is it often fails to help compliment the abilities of students from disadvantaged backgrounds. When tests such as SAT—began in the early 20th century, most of its participants were white males from middle-class backgrounds whose test scores would reflect socioeconomic privilege. This was due to the fact that students from privileged backgrounds with mediocre scores could push their results with private test preparation courses.

A study by Fryer Jr and Levitt found that standardized test scores were consistently reflected by socioeconomic variables such as parental education and family income. As we progress deeper into this notion of 21st century learning, more pedagogies and learning capabilities need to be considered so we can achieve a system that is effective in allowing all types of students to strive.

Learning Through Failure with the Power of STEAM

STEAM has become somewhat synonymous with 21st century learning. It falls under the umbrella of education technology and teaches an array of skills that range from computational thinking, critical thinking, collaboration on tasks or projects, communication on tasks or projects, technology literacy, leadership and social skills. Additionally, STEAM kits have become a revolutionary tool in the classroom, due to the fact that they are able to incorporate all the above whilst still being aligned to the curriculum and facilitating all the strengths of project-based learning and inquiry-based learning.

The hands-on approach that is encouraged by STEAM kits provide students with a safe space to design their own methods of achieving the objective set by the teacher (or lesson plans included in STEAM kits), reflect on their process if they failed, and give them the opportunity to go back to figure out where they went wrong to improve on their methods and projects.

For sure, Lee. Here's a quick rock concert. Ss found different ways to program guitars with @SAMLabs using sliders, touch sensors, & varying position of hardware for the most natural feel. The boys in the back are checking the programming on the iPad. #STEM #MakerEdu pic.twitter.com/sPdnoAQ8by

With learning approaches such as behaviorism and standardized testing, doing poorly on a project can hinder a student’s progress as it fails to facilitate their imaginations or curiosity. It is this phenomenon of learning through failure that prepares students to embrace failure and turn the experience into an opportunity to do better.

After assessing the positive effects of failure, Professor David Freyberg of Stanford University stated that, “failure is an integral part of the learning process - or should be - just as failure is an essential component of engineering.” It is this same process that can be attested to some of the world’s most influential innovators.

So how do educators incorporate a system that encourages students to embrace failure as constructive development in the classroom?

First, help students attain a growth mindset whereby failure is seen as an opportunity for growth. Next, a restructuring of the school's environment can be critical – the correct systems and processes need to be put in place whereby students are given the chance to constantly critique and review themselves in class. And last, students need to be given constant feedback from educators to help make for an environment that facilitates growth and development through failure and enhance overall success.

STEAM is especially constructive in this regard as it helps students get used to failing, therefore freeing up students to explore and experiment, foster growth, creativity, innovation and other soft skills.

Ultimately, STEAM can be highly effective in facilitating learning through failure whereby:

When students are provided with personalized feedback, it makes the idea of encountering obstacles a less scary experience. Learning through failure eliminates the fear of failure and in the process students would make them more willing to seek academic challenges.

In all aspects of life, failure can be an unpleasant experience. However it only hinders our success when we don’t come up with ways to improve. Encouraging your students to get comfortable with failure is an important step in nurturing new STEAM/STEM leaders and future innovators. Waiting until adolescence or adulthood to develop this relationship can be too late.