While STEM and STEAM learning seem like more of a recent phenomenon, this cross-disciplinary approach has been around for centuries and its successful implementation by many inventors underpins the fundamental importance of teaching for understanding. This teaching approach can allow learners to combine multiple subjects in a curriculum to a powerful effect.

One of the best parts about STEAM is that art is often produced either directly or indirectly in the process by the creator. This week, we’ve rounded up five fascinating historical figures who seamlessly brought together science, technology and the arts to advance their studies, develop designs and mold masterpieces.

Whether you firmly believe you fall into just one of the letters of the STEAM camp, these luminaries will show you that STEAM is at the heart of many fundamental acts of discovery and serves as the combination of previously unrelated structures — science, technology, engineering and mathematics, and that they can come into full creative force when joining forces.

5 Historical STEAM Figures To Inspire You

“I was interested in making a different kind of instrument. And I wanted, of course, to make an apparatus that would be controlled in space, exploiting electrical fields, and that would use little energy. Therefore I used electronic technology to create a musical instrument that would provide greater resources.”

Léon Theremin (1896 – 1993) was a scientist, inventor and musician. His STEAM claim-to-fame comes from the invention of the etherophone, which was later renamed the theremin after himself as the creator. The theremin was an incredible instrument that defied logic to the public at the time, as it contained no strings to pluck, no keys to play and emitted sound only by the gestures of the musician’s hands.

The Theremin: How It Works

The theremin worked as a beautiful combination of music, science and technology: a box containing radio tubes that emit frequencies and two antenna that serve as capacitors, or plates, to control pitch and volume. A Thereminist acts as a circuit for the Theremin. The players feet as the ground, and each hand goes on an antennae. As each hand is moved farther from an antenna, the plates detect a variable change in the circuit and the pitch or volume varies in frequency and thus changes the output.

The Theremin: How Music Intersects With Physics and Engineering

Over the years, the Theremin is still considered a niche instrument, but artists still use it to this day in performances and the instrument has even made appearances in mainstream media, such as the television show The Big Bang Theory. Theremin’s work is a classic example of how music can intersect with physics and engineering and bring beautiful results. If you’re looking to see a theremin played within an orchestra, click here. Or, click here for a more modern musical application. To learn more about how the theremin works, click here. 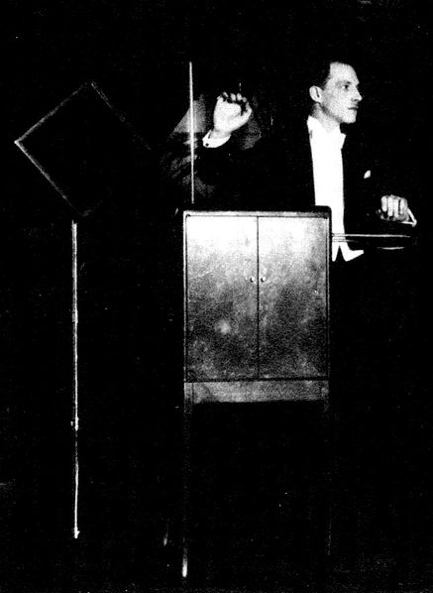 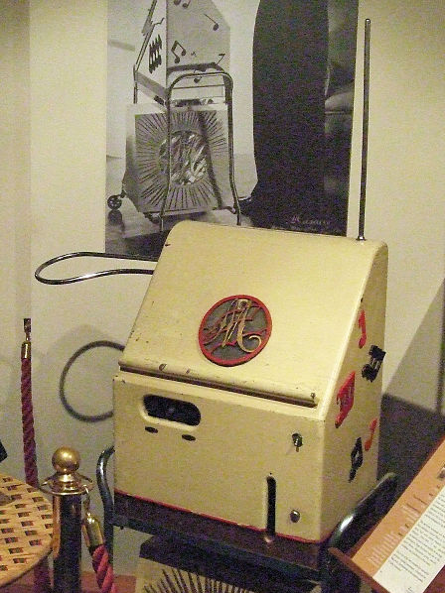 “Art and nature shall always be wrestling until they eventually conquer one another so that the victory is the same stroke and line: that which is conquered, conquers at the same time.”

Maria Sibylla Merian (1647 – 1717) was a scientific illustrator and naturalist who made profound impacts to science due to her STEAM creations. The daughter of an engraver and artist, she began at a young age becoming captivated with nature, collecting insects and illustrating their life cycles. Caterpillars were of particular interest to her, and she documented how they reproduced and underwent metamorphosis to become butterflies.

Why Maria’s Work Was Important For Science

At this time in history, this was significant – the general consensus was that insects spontaneously generated from dirt and mud and did not derive from eggs according to the works of Aristotle. Her scientific works of art helped depict that insects do, in fact, hatch from eggs and undergo significant changes within their life as they age. Because of this, she is credited with helping make some of the first and most significant discoveries in the field of entomology.

As she published more projects, her work took her all over the world, and her scientific depictions also led her to discover brand new species that hadn’t been identified before. These species could now be referenced through her art by the rest of the scientific community.

For Merian, this truly was a passion that she carried with her from childhood. Merian’s work is a classic example of STEAM because it intersects biology and art. To learn more about Merian’s accomplishments, click here. 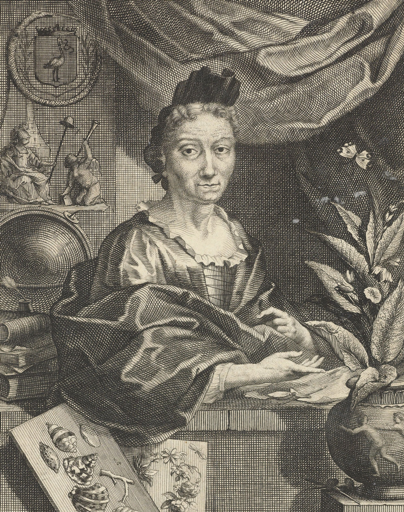 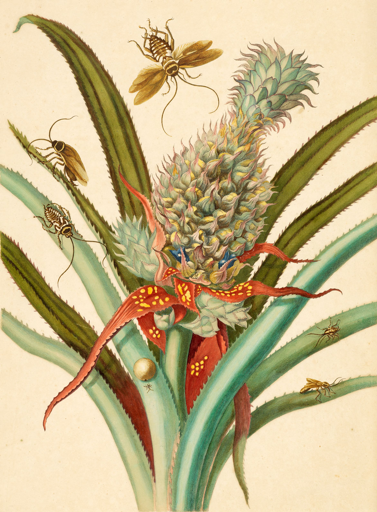 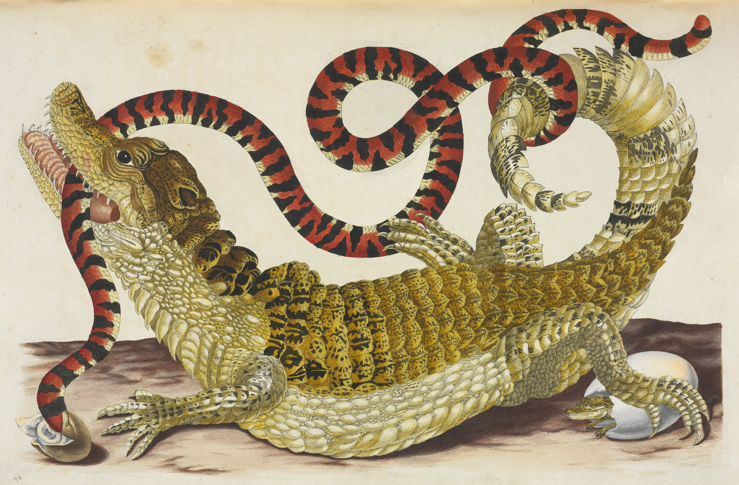 Steve Jobs (1955 – 2011) is a household name for Apple products such as Mac computers, the iPod and the iPhone. But what few people may know is that one of the major STEAM contributions that came directly from the mind of Jobs is the invention of unique fonts for computers – a brilliant inclusion of art into technology.

Why Steve’s Work Was Important for The Art in ‘STEAM’

Up until this time, computers only displayed text in a “typewriter-like” text when output on the screen. Jobs had a different goal in mind: to bring typography to the computer terminal. Having been inspired by taking a calligraphy class of his own while bored in college, he worked with his designers to come up with a variety of font options that users could choose from when generating text documents of their own.

However, these fonts had to work within the limitations of computers at the time, as kerning and spacing were not adjusted based on letter sizes. Jobs was incredibly picky about his designs, and he went back for multiple revisions until he was satisfied with what he deemed perfection for the end results.

This was an incredible innovation at the time, and it would directly impact what people could create both in their businesses and at home using their personal computers.

The Impact of Custom Fonts on Art, Science and Technology

Over the years, using custom fonts has become a norm when creating digital documents, especially for graphic designers, marketers or publishers. Without this innovation that mixes the arts and science, modern technology would not have brought us the designed interface that we’re reading upon today. To learn more about Job’s accomplishments, click here. 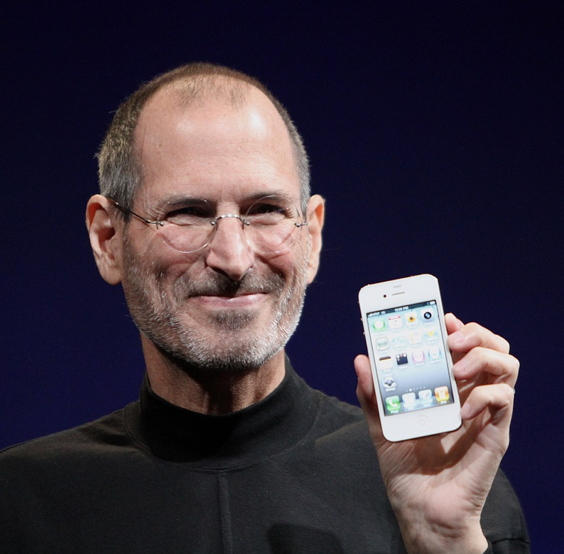 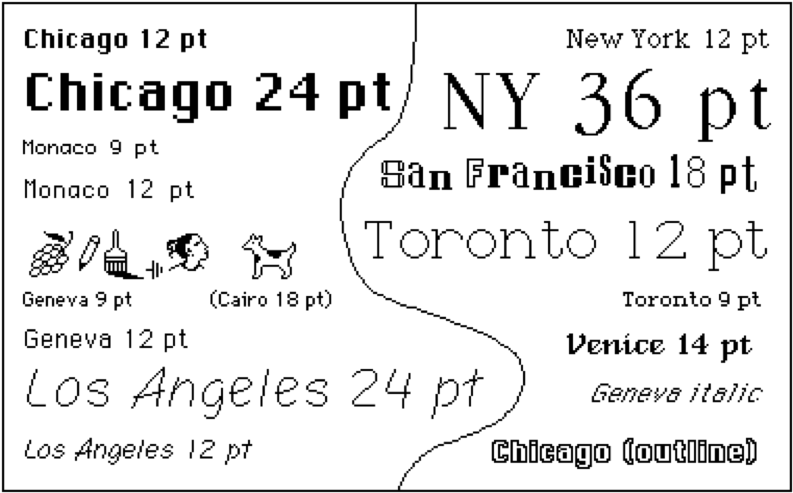 “An inexplicable fact is infinitely preferable to an incomprehensible mystery.”

Frederick Soddy (1877 – 1956) was a radiochemist who is best known for his work on Atomic Theory that later won him a Nobel Prize. But one of the most interesting things that Soddy contributed to the STEAM community was a mathematical work of poetry when he rediscovered Descartes’ theory.

Descartes’ theorem states that for every four kissing circles, the radii of the circles satisfy a certain quadratic equation. The theory essentially explains that when this quadratic equation is utilized, another fourth circle can sit perfectly inside or around the other three touching circles.

How Soddy Used the Arts to Explain His STEAM Approach

When Soddy rediscovered this theorem, he was joyous. Instead of simply announcing his findings to the mathematical community, he decided to take a more STEAM-based approach. Soddy decided to publish his work in the form of poetry in 1936’s scientific journal Nature. The poem starts:

“For pairs of lips to kiss maybe

This not so when four circles kiss

Each one the other three.

To bring this off the four must be

As three in one or one in three.

If one in three, beyond a doubt

Each gets three kisses from without.

If three in one, then is that one

A perfect blend between literary art and geometry, Soddy took to STEAM to prove the theorem to the mathematical community. It may be surprising, but Soddy is not the first to use poetry as a form of expression for mathematical theorems and algorithms. To learn more about poetry inspired by mathematics, click here. 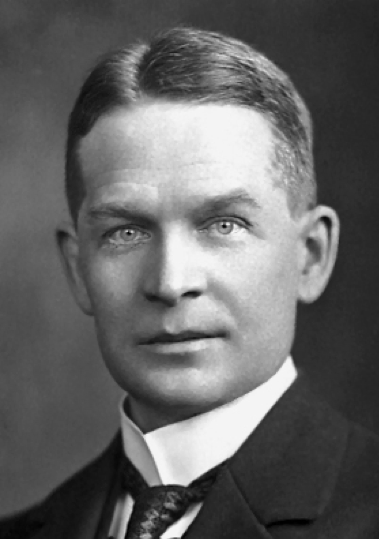 “A piece of wall can be visually disintegrated from the whole into a separate triangle by plunging a diagonal of light from edge to edge on the wall; that is, side to floor, for instance.”

Dan Flavin (1933 – 1996) was a minimalist artist who pushed the contemporary boundaries of galleries and exhibits with the use of commercial fluorescent light fixtures and open, available urban space.

Fluorescent lights are created by mixing mercury vapor and argon gases within a glass tube. When lit, these gases emit ultraviolet light, and the phosphorescent compounds coated inside of the glass tube glow. What’s unique about these ultraviolet rays is the way they interact with other colors, particularly primary colors. Other colors contain phosphors and play off the ultraviolet light in fluorescent bulbs, and Flavin used these in his exhibits to create intriguing results.

Modern LED-light technology allows us to pick various shades of light from a single bulb, but Flavin’s restricted his fluorescent lights to just red, blue, green, pink, yellow, ultraviolet, and four different whites and picked dimly lit spaces that allowed the shades to play off each other, create unique hues and ultimate form what he called “barriers”, “corridors” and “corner pieces”. Flavin’s art often crossed into the realm of architecture, as it often decorated or enhanced the building structure he used as a gallery.

Flavin eventually went on to create large-scale pieces of art that were incorporated into buildings, truly solidifying his bridge into architectural art. A stunning composition of art, architecture and science, Flavin’s work continues to be an inspiration to this day. To learn more about Flavin’s work, click here. 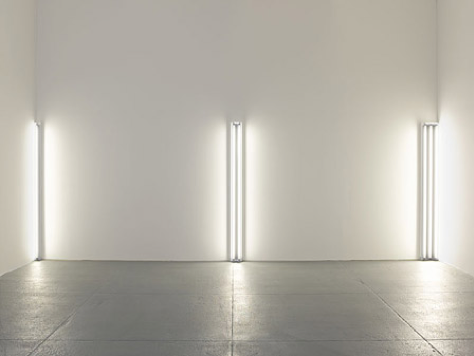 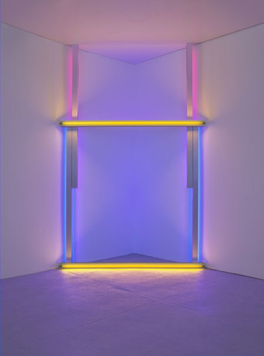 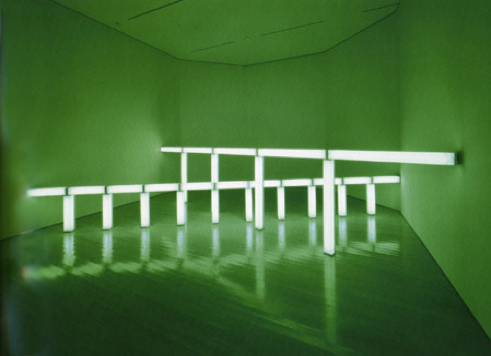 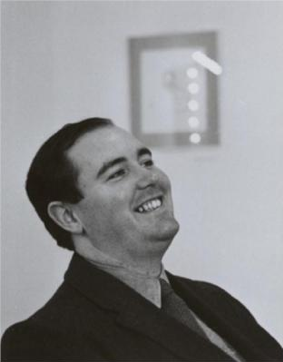 Feeling inspired yet? When you stop and think about it, many of the world’s greatest works of art and technological advancements often intersect, and history proves this. Conveying the importance of understanding that science, math and technology go hand-in-hand with the arts is of utmost importance to our students.

Can you name other historical figures that also have roots in STEAM? Share it with us in the comments below, and then make sure to share it with your students!

Looking for more resources on all things STEAM? Check out our: