When Hans and Mike first learned about SAM Labs, it was during a busy time. There was a global pandemic going on, after all, and though their students had been 100% remote for most of the year by the time December 2020 rolled around, that didn’t make it any easier. 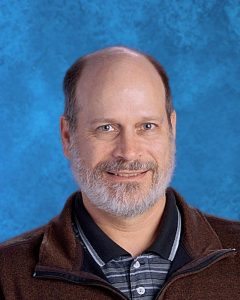 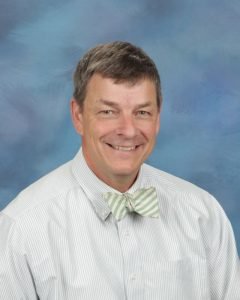 When I spoke to Mike and Hans over the summer, they took time to tell me how their programs worked before the pandemic.

“I built my program up to be pretty state of the art, and we had everything from sublimation, 3D printing, woodworking. Laser cutting. I mean, you name it, we had all the technologies,” said Hans. While some subjects are easier to transition to a remote learning environment, technology classes present unique challenges.

“I’ll speak for myself and I think Mike too,” Hans continued. “We were hands-on teachers, so we’ve always done all of our stuff hands-on in the lab, and trying to do that virtually was a total mind bender.”

So when it came time to add a hands-on tool like SAM Labs to their remote classes, they were ready. And I would like to tell you that everything went smoothly, that every component worked flawlessly, and that every class taught with SAM Labs went well.

I would like to tell you that, but only one of those is true—the classes went well. The students enjoyed their SAM Labs modules, the implementation with the students went really well, and Mike and Hans reported some of the highest levels of engagement of any lessons they taught that year.

There were a few bumps on the road before that, though. But Hans and Mike were able to figure everything out and deliver excellent lessons, with a little help from SAM Labs’ Senior Education Consultant Mackenzie Meixner.

A screenshot from Hans’ Pixton

No one likes to admit their mistakes, but it’s important to our growth and learning, so here goes: When it came to introducing SAM Labs to the team at Harrisonburg City Public Schools, we (at SAM Labs) dropped the ball.

When Mike and Hans received their SAM Labs kits, some of the blocks were dead. There were two different types of USB ports, one for data and one for charging, which caused confusion. They were the first to receive new distance learning kits we were trialing, and we put the wrong trays into some of the cases, which meant the lids wouldn’t close.

Plus, since the hardware would be going home with students for remote lessons, they had to spend their winter break organizing everything. Altogether, it wasn’t the best first impression from a new partner.

Fortunately, Hans and Mike did what we encourage all SAM Labs customers to do: When they ran into an issue, they contacted our Customer Success team. For them, that meant our East Coast Education Consultant Mackenzie Meixner.

“There were definitely some glitches in the beginning, but every time we emailed Mackenzie, we would definitely get a reply back that day, within an hour,” said Mike, one of several times he praised the support team and Mackenzie in particular. “And I don’t think there was anything that Mackenzie either you couldn’t fix, or she got a hold of somebody to fix. Everything worked out.”

“We had a few bad blocks, but again, they were replaced quick,” Mike continued. So it was for the other issues as well. The cases that wouldn’t close were replaced with ones that could. Mackenzie investigated the USB port issue until she was able to offer a solution, and in future versions we eliminated the extra port and made the cords distinct. Not only did she make sure Mike and Hans succeeded, she pushed to make things easier and better for future partners. 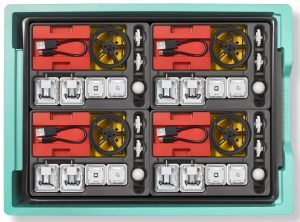 Mackenzie even went one step further: she adapted SAM Labs’ lesson materials to meet Virginia’s middle school computer science competencies. That’s a perk of support from the SAM Labs team (included as part of our subscriptions)—we’ll work with you to adapt our content for your specific needs or units.

That meant Hans and Mike didn’t have to do anything to have 100% compliant lesson plans that were engaging, impactful, and met standards—not that it stopped them from putting their own spin on things.

“Mackenzie did a good job, a very good job, of incorporating her lessons into Canvas and in our Pear Deck, which we use with all the students,” said Mike. He continued: “But seriously, the slides you sent us, it was great. I would go through the night before, just making sure I was doing the slides. They were step-by-step and pretty self-explanatory. The kids got it, and I liked how you went through and you had natural breaking points in there for them to try something or do something, and then we kept moving on.”

“And then having the step-by-step and the teacher notes, all of that was great,” said Hans. Then he gave us a tip that worked really well in a remote learning environment.

I could go on about everything that happened while Mike and Hans taught with SAM Labs. About the first day of training with Mackenzie. About the Go-Karts the students programmed to steer through obstacle courses. About the time Mike’s SAM car that went careening off his desk, to the laughter of his students.

(“How many pieces were left at that point, Mike? Was it all intact?” asked Hans. “Yeah, it was all intact,” said Mike. “I can tell you that, man.”)

Ultimately, both teachers are proud of the lessons they taught with SAM Labs. “My class really enjoyed it,” said Mike. “I would have liked to go a little farther with it, but we were running out of time. But I would like to see how far we could go. And I really am interested to see what we can do with this live next year. I’d like to see what the next step is, and see how independent the students can think on this.”

That’s the good news—even with the glitches at the beginning, when it came time to teach the students, Hans and Mike were in a position to succeed, and their students with them. In fact, the district was so happy with SAM Labs that they’re expanding to elementary K-5 STEAM teachers this year!

In deciding to roll out SAM Labs to more schools, Director of STEM Education at Harrisonburg Amy Sabarre had this to say: “Part of the reason that we decided to purchase more kits for our elementary program was because of the support, the professional development, and the responsiveness of the SAM Labs team.”

We’re happy to hear that, and we can’t wait to hear more student success stories from Harrisonburg this year 😊

Thank you again to Mike, Hans, and Amy for taking the time to speak with us!

To learn more about our Customer Success team, or to get support with your SAM Labs products, visit our Support Center. New to SAM Labs and want to know more? Book a demo.

Stephen is an author, writer, and storyteller. As the Content Manager for SAM Labs, Stephen spends his time talking to educators and crafting cool free resources to help them teach STEAM & coding with confidence. In his free time he enjoys writing fantasy novels, playing board games, kayaking, scuba diving, and being ridiculously tall.